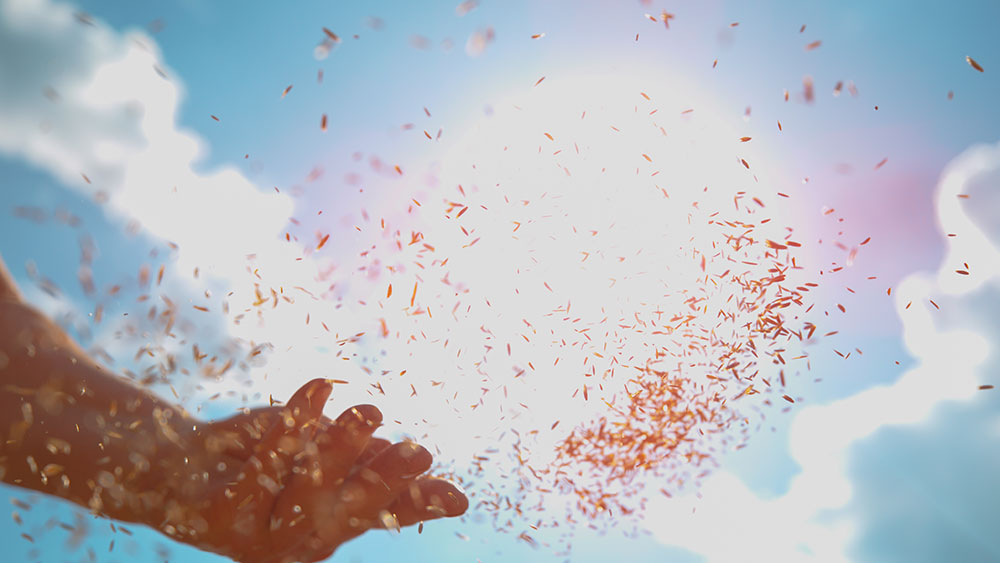 There are so many images of being scattered throughout the Bible.

God created Adam and Eve and instructed them to grow a family that would fill the world and be scattered around the globe. (Genesis 1:28)
The nation of Israel was scattered during the Babylonian Exile. (2 Kings 25:21)
During the roman occupation, Israel was scattered across the known world in what has come to be called the “diaspora” or the dispersion. (James 1:1)
Jesus said we would be scattered around the world to take the Good News into every corner. (Matthew 28:18-20)

Perhaps the most known passage refers to the Parable of the Soils where God is scattering the good news like seed around the world and some falls on good soil while others fall on rocky ground, the path or among the weeds.

God seems to regularly be trying to spread His people throughout the world! His intent seems clear; to lead as many people as possible back to him.

However, we can learn something about spreading this seed from this parable as a way to understand how we are part of God’s work doing the exact same thing by the way ancient Isrealites scattered their own seed when they farmed – which was the analogy Jesus was using in this parable.

When I need to spread seed over a bigger area, I use a broadcast spreader that “broadcasts” the seed by slinging it in a huge radius. It allows me to cover a big area quickly.

Ancient Isrealites didn’t have either of these modern day inventions to speed up their work. They had a donkey and a sling. They would load up baskets of seed and lay them across their donkey’s back. Then they would place some seed in a makeshift sling that would wrap around their sides somewhat like a large messenger bag of today.

As farmers would walk their fields, they would reach into their slings and grab a huge handful of seed and sling it across the area that was to be seeded. This manual broadcast technique would cause the seed to land in the field but also on the road, the rocky areas and the part of the fields that may not have been plowed or maintained ensuring that some crops would grow up among the weeds.

While the Parable of the Soils is primarily meant to demonstrate the receptivity of the hearers, we can glean much about how we are to sow ourselves.

We’re talking about it this weekend and in many ways this is the culmination of where our series has been moving. I hope you can join us and I hope you will invite someone to join you!