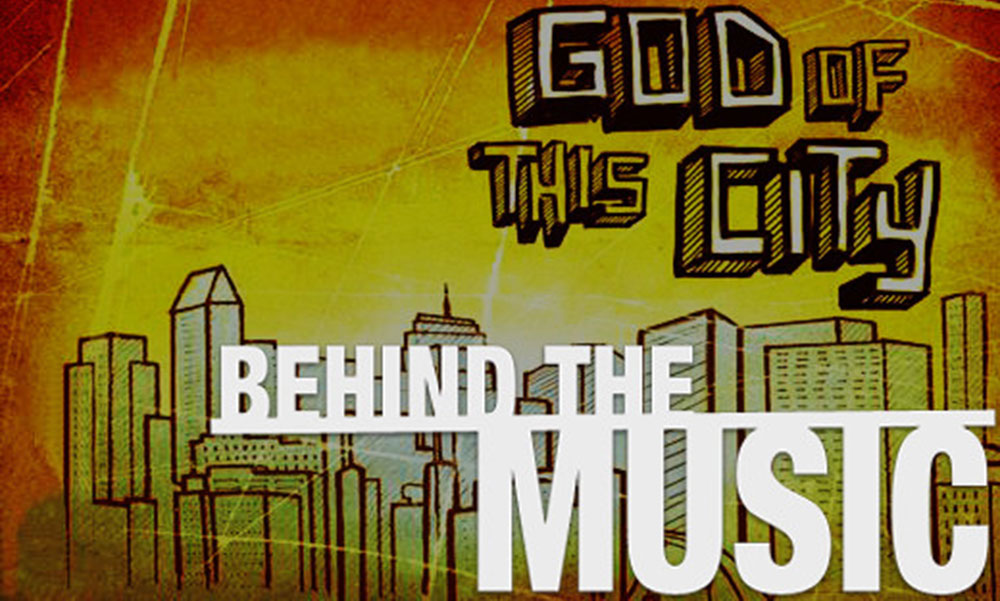 Behind the Music: God of This City

I had another blog post written up for this week, but I had this thought last night and wanted to start sharing them this week. I’m going to start sharing the stories behind the songs we play at Journey. Sometimes when I find a song, I think, “Man, that’s some good lyrics” or let’s be honest, “That’s a great beat,” and then I go back and examine the lyrics. Yet, most of the time, I never go back and find out why they wrote it.

I have a book on the bookshelf in our living room that tells the stories behind some of the common hymns that churches sing. Something about knowing where a song came from or what the writer was going through at the time makes a song so much more powerful.

This week, in line with the theme of our move, I will be looking at “God of This City” written by Bluetree as performed by Chris Tomlin.

“We were recently in Belfast, Northern Ireland for a concert. The night consisted of a great line-up of worship bands. One of the bands that night was local, and they were called Bluetree. Daniel was thankfully paying close attention when they went into this song, “God of This City.” He immediately came to me and said that I had to hear it. When I did hear it, I knew that it was a timely song and that it would be perfect for the journey we were about to undertake with Passion. And after hearing how the boys of Bluetree wrote the song, it is no wonder why this song is full of power. Turns out the song was written in a bar/brothel in Padia, Thailand. When the owner of the bar found out the lads were a band, he asked if they wanted to play, and the Bluetree boys were up for it. Now that’s worship leading! Proclaiming the grace of God in the middle of a brothel… Sounds a lot like Jesus to me. Aaron Boyd of Bluetree told me that in the middle of their set of songs, this song just spontaneously birthed. God put this powerful lyric on their lips in that moment…”greater things have yet to come and greater things are still to be done in this city.” They graciously allowed me to record it, and it became the title track to the current Passion CD and the name of our 17-city Passion World Tour. What a statement to proclaim in the cities of the world!” –Chris Tomlin

The Lyrics:
God of This City
Written by Bluetree

We believe, we believe in You, God