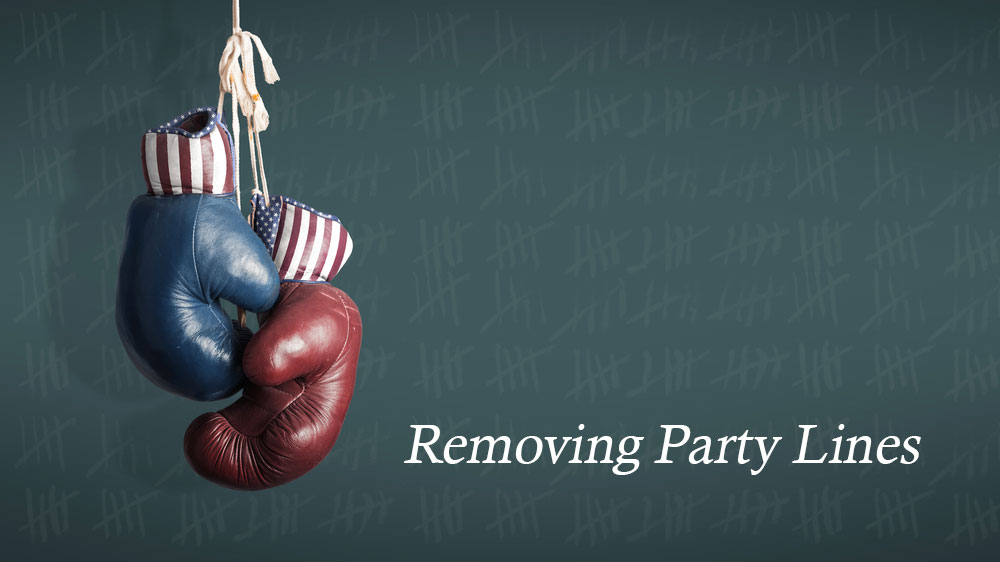 What if Jesus didn’t side with red or blue states?

What if that wasn’t his point?

What if he wasn’t conservative or liberal?

What if he didn’t push for reform?

Would we still love him like we do, if he wasn’t exactly like our glossy mental picture?

Jesus’ focus was first on God and second on man.

He didn’t hate people, but he didn’t ascribe to fevered politics either. In Matthew there are at least six verses where Jesus says, “You have heard it said, BUT I say to you …” and he reiterates the necessity of serving a living, breathing God. Not just traditions. Not just dogma. Not stale rules.

Similarly, he acknowledged taxes and Caesar’s decrees for citizens (& their governments). And he loved people and included them in his teachings, instead of ostracizing and discarding the reactionary and wallflower types. He says in Matthew 22:15-22, “Give to Caesar what belongs to Caesar, and give to God what belongs to God.”

So, if Jesus (Son of God) believed this, what right do we (as Christians) have to cling to other notions?

Was Jesus tempted to side with the politics of his day?

Satan himself gave Jesus the ultimate temptation with “authority” over various kingdoms of the world (Luke 4:5-7). But, this came with a high price tag – worshiping the devil himself. Thankfully, Jesus didn’t succumb to this, and he didn’t give in to the pressures of his neighbors either.

(Fyi: these folks looked more like you and me than we probably think.)

Jesus served and ministered in a world where there were conservatives, liberals, and terrorists much like today.

So, instead of standing for conservatives (Pharisees), liberals (Sadducees), OR whatever (Zealots, et al), Jesus stood with the collective whole, because he cared more about eternity than temporary spats. [No. I’m not making light of terrorists’ actions.]

The same is true now (Hebrews 13:8), as Jesus is constant throughout time. The church is meant to be a reflection of this.

Is it messy trying to keep a group like this diverse unified?

Is it tempting to build another denomination, another building down the street, instead of resolving conflict?

Can churches reflect their surrounding communities better? Serve them better?

Can churches reflect the gospel more effectively within their communities starting right now?