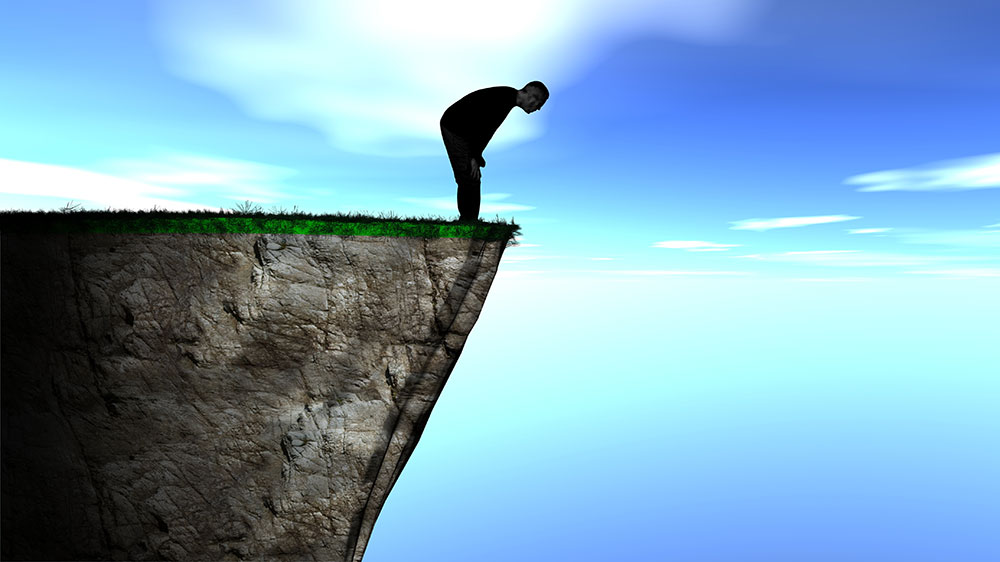 Is God working against you?

Most of us want our lives to be a smooth progression of being good…to being great. We’re ok with things being “just OK’ as long as they are progressively getting better.
This is an acceptable path to living our lives.
We can be patient as long as we see “the light at the end of the tunnel”, but what happens when good doesn’t become great. Instead it becomes less than good?

The story of the nation of Israel being delivered from their Egyptian enslavers follows the latter rather than the former. Their lives had gone from being “good” during the time of Jospeh to bad a few hundred years later.

Then it was “good” again! Moses delivered them out of Egypt with their lives, their possessions, AND the wealth of Egypt.

Then it went so bad and they got discouraged.

4 And they journeyed from mount Hor by the way of the Red sea, to compass the land of Edom: and the soul of the people was much discouraged because of the way. 5 And the people spake against God, and against Moses, Wherefore have ye brought us up out of Egypt to die in the wilderness? for there is no bread, neither is there any water; and our soul loatheth this light bread. Numbers 21:4-5 (KJV)

Sound familiar?
It should.
This is often how God works in our lives.

Maybe you feel like God has you on the same course and it may very well be true.
Perhaps things were “better” in your life and now they seem “less better”. Maybe, like Israel, you don’t see the light at the end of the tunnel. Instead, the tunnel seems to be getting longer and longer while the light gets dimmer and dimmer.

Does this mean that God is not working? Or that he doesn’t love you? Does it mean that you took a wrong turn?

If you haven’t experienced this trajectory in your life, let me encourage you that you will…
And it is encouragement, because even in the bad, God is still at work.
Sometimes this is where he is the most at work.

If we follow the story of the Israelites, we will find 40 years of ups and downs. Times of faithfulness and times of faithlessness. They will get excited and then grow discouraged.
All of it was meant to be a time for their ultimate good…preparation for the promise land.

Can you imagine what it would have taken to change the hearts and mindsets of a nation that had been enslaved for hundreds of years? They didn’t govern themselves, they didn’t trust God, they didn’t know how to make many basic decisions about living healthy lives. They certainly didn’t have the confidence or the health to take the Promise Land from it’s current inhabitants.

God used the ups and especially the downs to train them, teach them, prepare them, and change them.

Is God working against you? Probably.

Here are some basic questions I ask myself (and God through prayer) when I experience obstacles.

In other words, have I been hoping for God to do something for me that He doesn’t want me to do? Are my goals wrong. Are they selfish? Will they ultimately lead me to something less than His plan? I don’t always know if this is the case, but knowing God’s word usually sheds some light on whether I am on my course of life or God’s.

2. Am I being unfaithful to what God has called me to be?

Sometimes, like the Israelites, I need a change of heart or mind to be ready for the next good thing. If God brings me there now, I may not be ready for it. Times of discouragement and struggle are the best environments to question ourselves, reaffirm our faith in God, and be open to learning (and change). Am I being the person God has called me to be or is God trying to get my attention to change.

This was the struggle fo the Israelites. They didn’t fully trust what God was doing. They even wanted to return to slavery.

11 They said to Moses, “Was it because there were no graves in Egypt that you brought us to the desert to die? What have you done to us by bringing us out of Egypt? 12 Didn’t we say to you in Egypt, ‘Leave us alone; let us serve the Egyptians’? It would have been better for us to serve the Egyptians than to die in the desert!” Exodus 14:11–12 (NIV)

There are times that you need to turn around. You are charting a course that does not honor God or His plan for you. Sometimes, though, we just need to be patient. This may be the hardest decision for those of us who are impatient. “I want to know if this is right…right now!”

If this is you, ask yourself, what is God saying to me? What are those around me that I trust are authentically following Jesus saying to me? What does God’s word say to me when I mediate on it? What do I sense the Holy Spirit telling me.

4. How can I trust God through this difficult season?

Sometimes, the answer to turn around or be patient can’t be determined. We are just utterly confused. In these times, I have found the faithfully and consistently following Jesus is the key. I may not know what to do in this circumstance, but I know that I need to spend time with God.
I need to obey His commandments.
I need to pray, worship, and learn.
I need to love others.
I need to forgive and ask forgiveness.
Etc.

Trust Him that His greatest good is ultimately for you be transformed into the image of Christ.
In this, He is always working for your good!

Previous Post
Leaving the Mints Out for…Everyone
Next Post
God is more invested in you than you are!