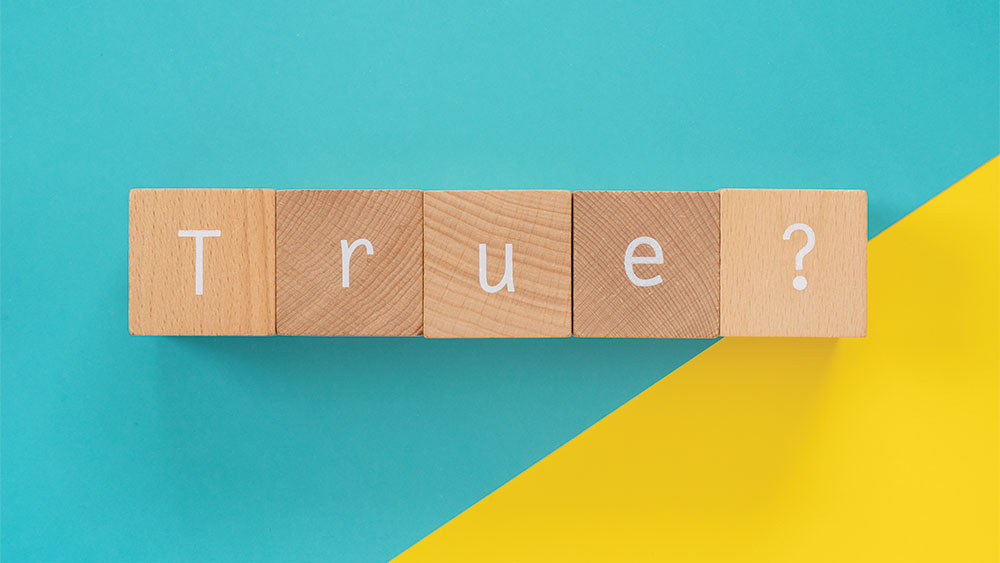 There’s a video floating around of Keanu Reeves talking about a conversation he had over dinner with a friend’s kids about The Matrix. They hadn’t seen the films and so his friend said, ‘Why don’t you tell them what it’s about.” He goes on to say,

The youngest daughter, surprisingly asks “Why?”

Her answer was a simple “No.” To which Reeves goes on to say he thinks that’s awesome.

So, is it awesome?

I shared on Sunday that one of my favorite shows and characters is Adam Savage from Mythbusters. They used to open the show with a quote from Adam…

“I reject your reality and substitute my own!”

Every time, I would chuckle. I felt it. Sometimes it’s just easier to pretend that nothing is really true or real. We can just make it up as we go along!

With the growth of the Metaverse, this whole idea is growing rapidly that there really is no truth except for your truth. You decide what is true and what isn’t.

It really sounds great. I get to live the life I want in the world I want however I want and no one can tell me to do anything else.

So why even worry about truth? Does truth even matter if it is entirely subjective anyway?

The problem, of course, is that truth isn’t subjective. If you don’t show up for work and you tell your boss that “your truth” is that you deserved to be paid even if you don’t come to work; guess what? You’re not getting paid.

If you’ve ever worked in a workgroup or had a group project in school that some members felt their truth was that they should get a good grade no matter how much time they DIDN’T put in and others in the group held to the truth that you should go above and beyond to do your best…there’s going to be problems.

If truth doesn’t matter, really everything in life will eventually fall apart because we can’t live, work or play in a community where we all have our own rules that no one else is aware of.

Richard Rohr is an American Franciscan Priest that talks alot about the true self and false self. He’s inspired pastors, counselors and scholars of all different streams of faith to contemplate the difference between who we REALLY are versus who we pretend to be.

The true self is your true identity. It’s who you really are deep inside. When you develop friendships with others who know who you truly are, you are fully accepted and can truly be and feel loved.

In our faith, it is our true self as the image bearers of God that yearns to surface and be our true identity in the world with God and with others but the false self is perplexed with layers of survival mechanisms, escapes and false truths that we tell ourselves to fit in and make sense of the world.

As Christians, we know there is absolute truth that when fully lived out leads to joy, peace and happiness even in the midst of great sadness or suffering.

To be sure, the idea of choosing your own truth is the oldest temptation in history. It goes all the way back to the Garden of Eden where Adam and Eve chose to eat of the Tree of the Knowledge of Good and Evil. By succumbing to that temptation, they were choosing to decide what is good or evil; true or false; real or unreal for themselves.

Every person does get to make this decision for themselves to purse what is true or to make it up for themselves but why would you want to live in a world where no one sees you for who you really are? No one agrees that what you find of utmost value is actually valuable? That you are living a life that is real and foundational instead of completely made up in your head?

The first choice we have to struggle with is this…