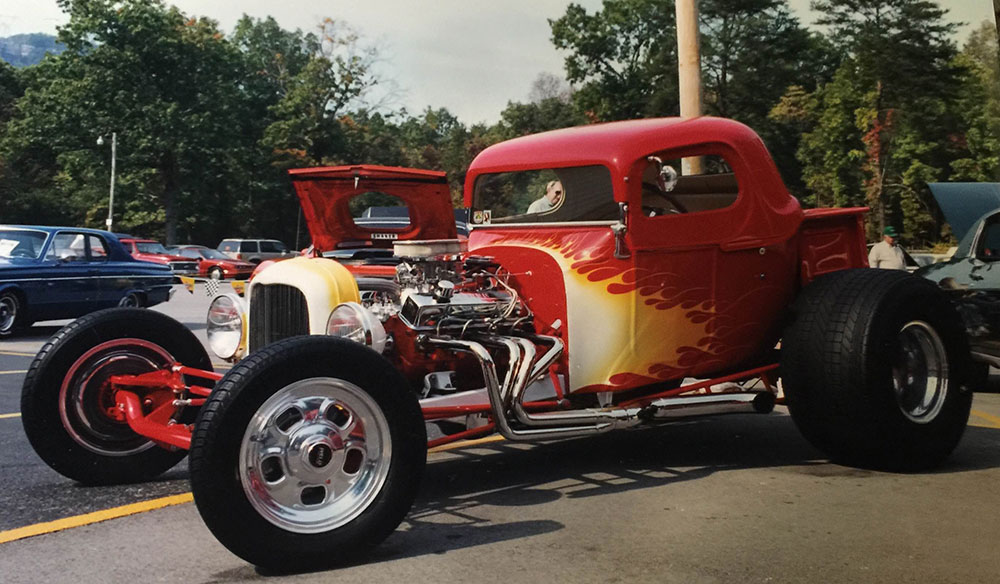 1st 5th Saturday, sounds like the name of a Bank or Baptist church doesn’t it? Well no matter how it sounds I’m excited that Journey is hosting its very first car event this Saturday. We chose the 5th Saturday name because that’s how often our events will happen. From April through October if a month has a 5th Saturday in it we will be hosting a meet. This isn’t going to be a boring car show with judges and trophies and that kind of stuff. It more resembles speed dating for automotive enthusiasts. We will have a three hour window where we get together, socialize, and check out each other’s rides. Im super excited about this event. I love seeing the variety of cars, meeting their owners and building friendships with them. Journey Church itself is built on some long term friendships that I developed through the car scene.

How does all this work? Why would a church want to be involved in this sort of thing? Let’s get in the Wayback Machine and look at an article I authored over 12 years ago. I would say blog but nobody knew what that was that many years ago!

The team has just returned from the Fall Grand Run in Pigeon Forge, Tennessee. I would like to share a little story with you concerning how God can sometimes work through us without us even realizing it. I’m sure many of you have heard the Bible verse Romans 8:28 which states: And we know that all things work together for good to them that love God, to them who are the called according to his purpose. I’m afraid that many of us only see this verse in a negative light. We often use it when we speak about tragic events or things we simply do not understand, but I want you to know that God is just as capable of using things that we find pleasant and fun. That’s where my little story begins.

While talking to one of my friends a couple of weeks ago he suggested that building a T-Bucket Project together might be a fun project. We could just make extra quantities of all of the parts required for the frame and build them at the same time. (For those of you who do not know what a T-Bucket is please do not ask my wife, she explains: “You know, it kind of looks like that car they use on the Munsters T.V. show.” That is not exactly what I had in mind, and no it will not have a personalized tag that says “Herman” on it.) Anyway, back to the story. I had a picture of a really cool T-Bucket that I had spotted at the Spring Grand Run earlier this year. It was red with flames and some sort of custom hardtop. My goal for the weekend was to search out the owner and find out as many details as possible. Well on Friday the opportunity came to take a lunch break from the booth and check out the cars on the lot at the Grand. Lo and behold there sat the very T-Bucket I was interested in, and better yet the owner was standing there with it. I launched into a conversation with the owner concerning what kind of top was on the bucket, how he had made the custom bed on it, mounted the gas tank, the seats, and on and on. I also explained that we host a car show in October and that I would love for him to bring the car down. Later that day I took the information on our car show to him and one of our “Owners Manual” Bibles . I also took the opportunity to invite he and his family to the Chapel Service we were involved in on the following Sunday morning.

Well Sunday morning dawned and we were off to the Chapel Service. We had been praying during the week that we would be able to have some special music on Sunday. Pastor Ed Taylor’s wife Jan had driven up from Atlanta to sing for the Chapel Service. There was only one problem with this, the P.A. system would not work; it looked like we would not be able to have any music for the service. We found out that God had other plans. You see God in His infinite wisdom had a man and his family attend the church service who was familiar with the P.A. system because he works in the audio/video ministry in his home church. In just a few minutes this man had the sound system up and running and we were able to have the special music and a great Chapel Service. As a matter of fact two people gave there lives to Christ in that service. Who was the the man who fixed the sound system? I’ll give you a hint, he drives a red T-Bucket with flames and a custom hard top. Yes God used the desire that I had to do something fun, build a T-Bucket, and turned it into something he could use for His glory! I encourage you to take the opportunity to share the story of Jesus with those around you. Remember God is always wanting to use you, and you may just have some fun while doing it!