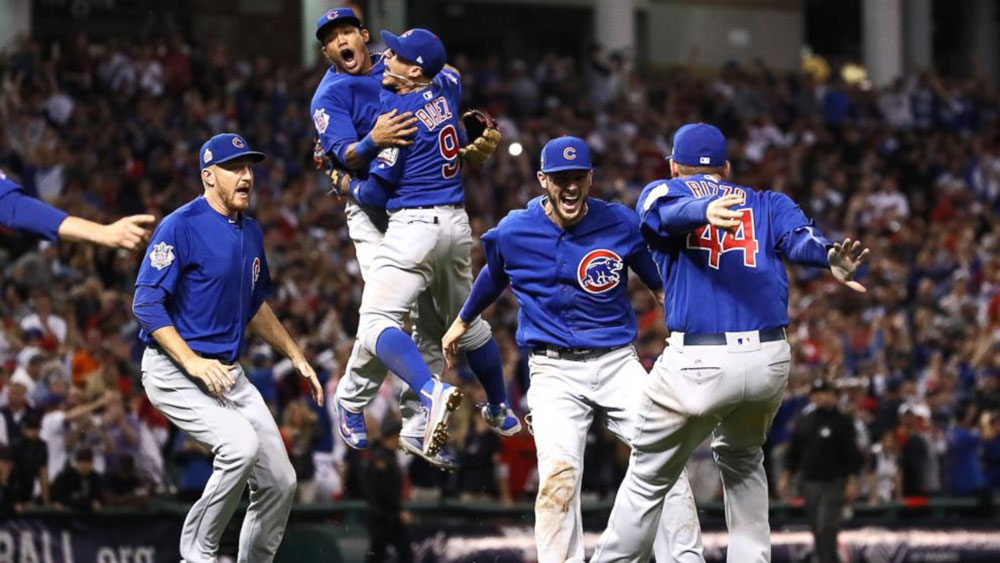 The Power of Perseverance

108 years. That’s how long it has been since the Chicago Cubs won the world series…until last night.
WOW! I can’t imagine how they must be feeling.
My great grandparents would have been watching the last time Chicago won it all.

Question:
When was the last time that you won it all?

I don’t mean a national championship or the lottery.
I mean the really important things?
Do you feel like a winner?

In sports, it really doesn’t matter how many wins you have at the end of the season, only if you won the BIG game.

Sure, Cleveland was just as likely to win last night, but they didn’t. And they are not celebrating this morning.

In life, we often believe the same things about our own successes and failures…
Sure, I’ve won a few, but I haven’t won THE BIG ONE, whatever that may be for you.

Since I was a kid, the cubs have always been one of the 2 MLB teams I followed (next to the Braves). The Cubs, though, never seemed to get there. They were a cautionary tale of a team that had failed at winning the big game more than any other pro sports team in existence, including pro basketball, football, and hockey.

It makes you wonder why they didn’t ever give up. Why the fans kept coming. Why the players still signed on with such a bad history under their belt.

The power of perseverance is the drive to keep moving forward, even when you keep failing.
It is the hope that silences the critics in your own head.
It is the belief that the journey is as important as the big game, itself.

Paul knew that you had to keep moving. One foot in front of the other.
Our calling to fulfill God’s plan for this world does not falter, even when we fear the world is literally going to hell.

24 Do you not know that in a race all the runners run, but only one receives the prize? So run that you may obtain it. 25 Every athlete exercises self-control in all things. They do it to receive a perishable wreath, but we an imperishable. 26 So I do not run aimlessly; I do not box as one beating the air. 27 But I discipline my body and keep it under control, lest after preaching to others I myself should be disqualified. 1 Corinthians 9:24–27 (ESV)

As you tackle another day, remember to keep going because Jesus has already promised us that HE won the biggest one of all time and because of His grace and mercy, we are on His team, forever.

It is our place to live a life worthy of His calling, and to just…keep…moving…forward.

I believe in you!