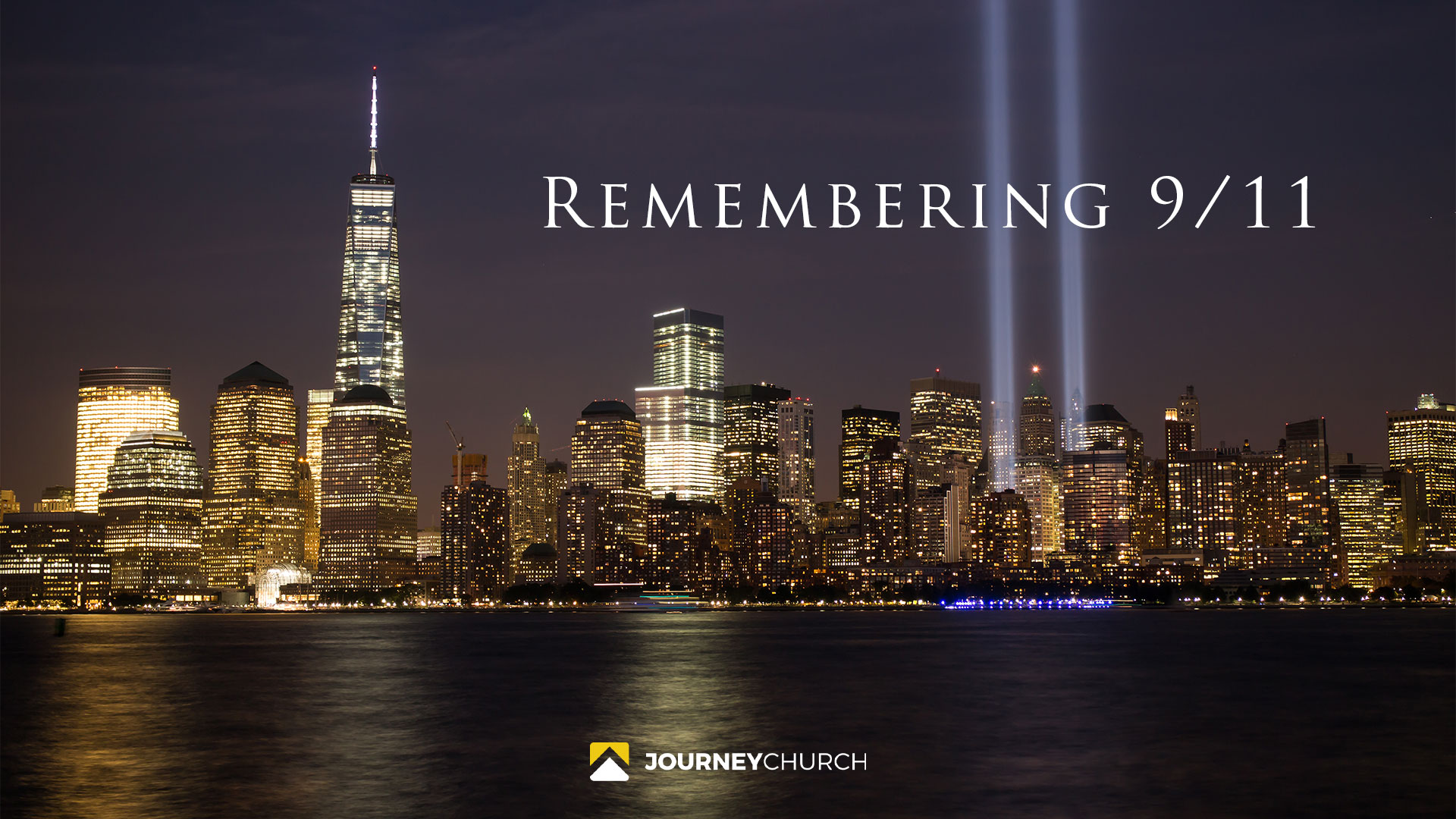 When I was growing up, every adult I knew could answer the same question…
‘Where were you when President Kennedy died?’

I always thought it was a strange thing that every adult I knew not only could answer that question, but that their face showed the same downcast-ness as they answered it.

We were living just outside Washington D.C at the time and every Tuesday I had breakfast at Bojangles with my friend, Ian. It was a standing appointment. This particular Bojangles had 2 TVs flashing ads, the news and the occasional baseball or football game as we ate. Around 8:45am people started gathering around those once almost invisible screens.

The first plane had already hit the North Tower. We watched as news cameramen, first responders and bystanders stood around with hands over their mouths showing us the vivid images of the tower burning.

“What could have happened?”
“Did the pilot have a medical emergency?”
“How big was the plane…and dozens of other questions ran through our minds until 9:03am when the second plane hit the South Tower. I looked at my friend and he said…’that was no accident’.

We both said our goodbyes and headed home to our young families to watch what was happening on the news.

30 minutes later a 3rd plane hit the pentagon just a few miles from our home.
30 minutes after that the South Tower collapsed.
Almost immediately after it’s collapse, Flight 93 crashed in Pennsylvania after it’s passengers made their final calls to family and rushed the cockpit keeping it from hitting it’s likely target in the heart of the Capital. “Let’s roll” were the final words uttered by Todd Beamer to an AirPhone Customer Service Supervisor as he rallied others on their flight and saved countless lives while giving their own.
30 minutes later and the North Tower collapsed.

I know I’m being somewhat dramatic in retelling all of these events but all of this happened in just under 2 hours. I just kept wondering what was going to happen next?

If you were alive and old enough to know what was happening, you know exactly where you were when it happened. You probably are downcast as you retell your story; especially if you were in D.C. or New York City at the time.

My oldest son was 9 months old. My 3 other children had not yet been born and sadly, we have been at war their entire lives because of this fateful day.

A communications officer that served in the Oval Office attended the church I was pastoring at the time and he just looked heavy every time I talked to him. All we could do was pray for the families that had lost loved ones and our leaders and military as they worked to craft a response.

It was one of the darkest times of our lives and we hadn’t lost anyone we actually knew.

But out of that darkness came a surprising silver lining. We saw acts of heroism that are only reserved for the worst of crises. First responders running into collapsing buildings to find just one more survivor only for some of them to lose their own lives. We saw neighbors checking on neighbors, unbelievable comradery around our first responders and soldiers. There were no Republicans or Democrats. No black or white. No good or bad Americans. We were just Americans and we were all hurting.

Just like in every other area of life, in our times of deep suffering we have the opportunity to be at our best or at our worst.

I don’t wish to have another human life fall to terrorism but I do long for a return to the heroism, the comradery, the community and the belief that we were all in this together, again.