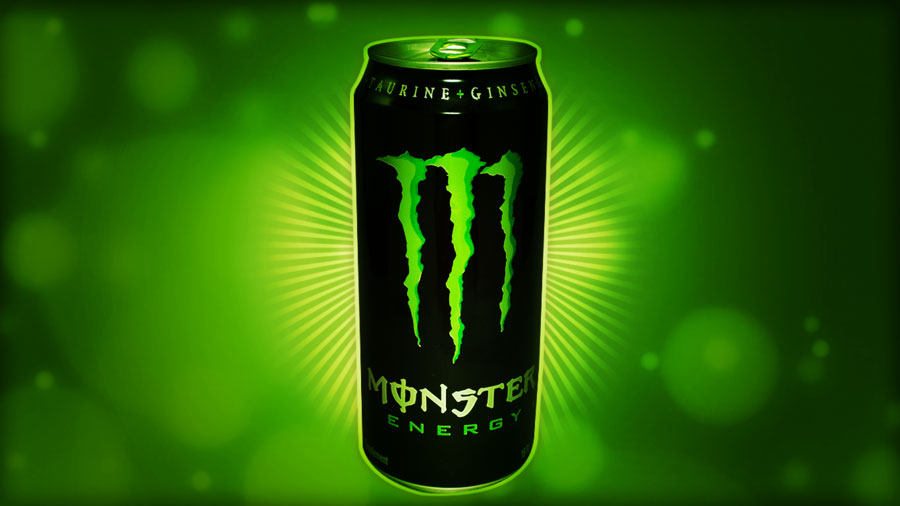 Have you seen the recent video circulating around the internet and social media claiming that your Monster energy drink is somehow part of a Satanic end of world plot? If you haven’t seen it check it out here:

You know this bit of scholarly research has to be true because it’s on the internet right? While probably well intentioned this kind lady makes a few mistakes. She is using the power of suggestion to make the viewer see something that may not be there. For example take a close look at the following image:

This is a Hebrew word. If you take a closer look at it you can see the same pattern found on the Monster Energy can:

Could there be a connection between this ancient Hebrew word and the Monster logo? No, probably not, because I just made it up. The funny thing about the comparison is that the word is actually the Hebrew word Jehovah. See how easy it is to lead someone to false assumptions?

The problem with the video is it leads you into some poor theology. Let’s explore the Bible and see what it says about the Mark of the Beast:

Then I saw another beast rising out of the earth. It had two horns like a lamb and it spoke like a dragon. It exercises all the authority of the first beast in its presence, and makes the earth and its inhabitants worship the first beast, whose mortal wound was healed. It performs great signs, even making fire come down from heaven to earth in front of people, and by the signs that it is allowed to work in the presence of the beast it deceives those who dwell on earth, telling them to make an image for the beast that was wounded by the sword and yet lived. And it was allowed to give breath to the image of the beast, so that the image of the beast might even speak and might cause those who would not worship the image of the beast to be slain. Also it causes all, both small and great, both rich and poor, both free and slave, to be marked on the right hand or the forehead, so that no one can buy or sell unless he has the mark, that is, the name of the beast or the number of its name. This calls for wisdom: let the one who has understanding calculate the number of the beast, for it is the number of a man, and his number is 666. (‭Revelation‬ ‭13‬:‭11-18‬ ESV)

To summarize this will be a physical mark given to those who willing worship the Antichrist in the end times. It’s not something you can accidentally receive and later be punished for nor is it some occultic symbol with hidden meaning. Christians have taken these verses far out of context and have claimed to see a “secret” 666 in everything from their BiLo bonus card to the Disney company’s logo. We distort the words of scripture into something resembling a myth.

Have nothing to do with irreverent, silly myths. Rather train yourself for godliness; (‭1 Timothy‬ ‭4‬:‭7‬ ESV)

I think the real Satanic conspiracy is Satan’s ability to lead Christians into making fools of ourselves in front of the rest of the world. Many are quick to say that drinking an energy drink marks you for a destination with the devil but few are ready to share the love and forgiveness of our wonderful Savior. Instead of looking for the Antichrist we should be looking for the return of Jesus.

…waiting for our blessed hope, the appearing of the glory of our great God and Savior Jesus Christ, (‭Titus‬ ‭2‬:‭13‬ ESV)

Perhaps we Christians have forgotten the Love of a risen Savior and have instead substituted a list of rules concerning what movies we watch, music we listen to and now what soft drink we enjoy. I pray if your relationship with Jesus has grown so cold that all that remains is a list of rules then the Holy Spirit will move you to feel alive gain with the joy of what Jesus has done for us.