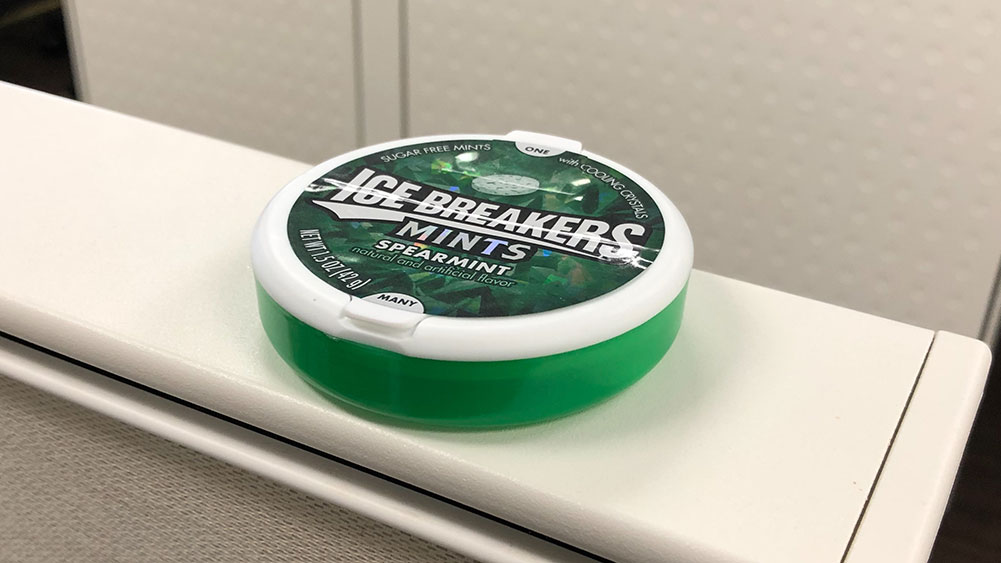 Leaving the Mints Out for…Everyone

(Before we get too far into this discussion, let me first say that, for the most part, we Christians of the American Church don’t have the slightest clue what true persecution looks or feels like. So as you read, keep in mind that I am keeping THAT in mind as I share this with you.)

I think our sermons & discussions in John’s first epistle have been really good so far, and I hope that you have felt engaged and have been growing from these as well. I am SO proud in particular of the way that our students have engaged with it. If you’ve been with us, you know that we’ve been talking about the apostle John’s emphasis on love and truth. Most of the context of the letter so far has involved the importance of loving our brothers and sisters in Christ (i.e,, others in the church), but we know too that we are called to show compassion and love to those outside the fellowship of the Church. Scripture does teach that there is a particular place in our lives for other Christians and a way that we are to love one another that is different from the way we are to love non-Christians, but we are to love them both nonetheless. And that means we make NO exceptions, even when we think we’re dealing with someone that has something against us or doesn’t like us. I know what I’m saying isn’t easy, but neither you nor I get to be off the hook there. We must show love, even when it’s hard to do so. Hang with me for a quick story.

My workspace for the “9 to 5” is a 6 x 8 cubicle, and I work every week day among a diverse group of people. I kind of took over on a thing that one of my former teammates did where he kept a container of spearmint Ice Breaker mints on the top of his cubicle wall where anyone who needed a quick breath freshener could partake, and I’ve grown to really like being able to keep that available for my work peeps (this will come into play shortly). My coworkers know I love Jesus, and I know that most of them don’t (or, at least they may or may not make it as obvious as I may), but I’m okay with our differences. And, I think for the most part they’re pretty okay with me too. But, much like many Christians living in a very secular world, I recognize that I’m different (which is good by the way, because that’s what holiness in humanity is supposed to be). While everyone on my team gets along pretty well, and we all seem to like each other, there have definitely been times when I’ve been overlooked for social outings after work where some of the guys go out for drinks, and while that’s not a huge deal in the grand scheme of things, I do notice. But, Jesus told us this would happen, and He said to count it joy that it’s because of Him. So I do! And, if by some off chance a conversation on religion gets started, I know with zero doubt that the invite to join isn’t extended my way, probably to avoid hearing what they assume a Bible-carrying (yep, it goes to work with me too, and no I don’t just mean because I have YouVersion on my phone) believer will say in relation to the variety of world views being discussed in the moment. I will say, one time I over heard one of my coworkers on the next aisle say [of different sacred texts like the Bible and the Quran] “Don’t they pretty much say the same thing anyway?” MAN… I wanted to jump in on that one. But, I wasn’t invited, and that was okay. My joy is in Jesus, and I still love these guys and gals. Occasionally, we will take quick midday breaks where most of our crew will get away to head to the coffee shop on campus or for walk around the track that we have onsite. Usually one or two of the gals on the team will initiate these, and I’m probably in on them roughly half the time. So, not a total avoiding of the Jesus freak right? But, there was one such break time that actually just happened a couple of weeks ago, and one of the gals began to round the crew up for a walk outside. I had overheard the stirring of the bunch and prepared to join them when the call for the afternoon stroll made its way to my aisle. My coworker who began to get everyone together for the quick half-mile excursion around campus came over to my desk and snagged a mint, and then walked off with the rest of the crew without saying a word to me. I’ll admit, that situation struck me as odd, but I stayed put and kept with what I had been working on at the time. My joy is in Jesus, and I still love these guys and gals. And, that container of mints stays out there for them, everyday. Regardless.

Again, this is NOTHING compared to what our brothers and sisters in Africa and Southeast Asia are dealing with everyday, and I’m not even trying to compare. It’s like peanuts to grapefruits man. But, my point in sharing this with you is this: as you grow in your relationship with Christ and become more and more conformed to HIs likeness, keep doing things for others even when you think that it’s a one way street. And when you know something’s funky between you and another brother or sister in the church, DO YOUR PART to make it right.

We’ve gotta love and keep on keepin’ on with that love.