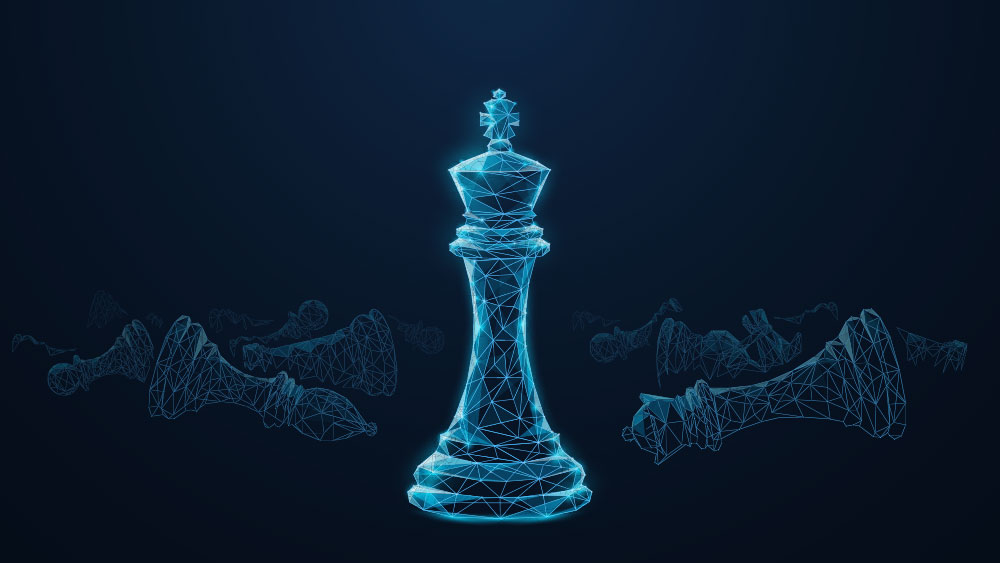 The story we find in the scriptures is one of love and grace but it’s also one of kingdoms, kings, rebellion and chaos. If you really dig into these stories, they are not only brilliant, they are incredibly compelling.

At it’s core is a good God who created us to rule and reign the earth with Him; managing, growing and improving what God had already done alone until….chaos entered through the form of a serpent…

The simple offer that brought an encroaching darkness and chaos into a world of light and bliss was this…ignore God and rule yourselves. Why should He get to rule you…

That’s all in the first 3 chapters of Genesis. The rest of the Bible is a telling story of God allowing his greatest creation to reject him while planning to redeem them again in the end. His offer?

“I will become a human and take all of the punishment for your sin so you can choose to know me, love me and live as I created you to live before the foundations of time.” (totally paraphrased and over simplified, btw)

Even more simplified than that, God is offering to become our King again, to rule and reign in our lives so that we can rule and reign with Him again.

Jesus described His reign and the summation of His teachings like this:

Most kings aren’t interested in taking the lead in carrying your burdens. Most kings give you burdens so they can grow their kingdom.

Take King Solomon for example. He is widely considered to be one of the greatest kings in Ancient Israelite history because of the wealth, status and power he brought to Israel after the death of his father, David.

There’s even a legend that Solomon had found a hidden mine of silver and gold to fund his expansions that treasure hunters are still looking for, today.

14 “When you come to the land that the Lord your God is giving you, and you possess it and dwell in it and then say, ‘I will set a king over me, like all the nations that are around me,’ 15 you may indeed set a king over you whom the Lord your God will choose. One from among your brothers you shall set as king over you. You may not put a foreigner over you, who is not your brother. 16 Only he must not acquire many horses for himself or cause the people to return to Egypt in order to acquire many horses, since the Lord has said to you, ‘You shall never return that way again.’ 17 And he shall not acquire many wives for himself, lest his heart turn away, nor shall he acquire for himself excessive silver and gold.
18 “And when he sits on the throne of his kingdom, he shall write for himself in a book a copy of this law, approved by the Levitical priests. 19 And it shall be with him, and he shall read in it all the days of his life, that he may learn to fear the Lord his God by keeping all the words of this law and these statutes, and doing them, 20 that his heart may not be lifted up above his brothers, and that he may not turn aside from the commandment, either to the right hand or to the left, so that he may continue long in his kingdom, he and his children, in Israel. Deuteronomy 17:14–20

In short, a good king was to be a native Israelite who does not acquire many horses (especially from Egypt) or many wives and he should write his own copy of the Torah and read it every day so he can be sure to rule well and not lord over his subjects. The horses reference was about amassing a military that would not only defend the city, but expand it by overtaking others. The many wives part…you guessed it…just have 1.

Enter Solomon…this is what Samuel predicted for truly terrible kings…of which seems to be an exact description of King Solomon’s life and accomplishments.

10 So Samuel told all the words of the Lord to the people who were asking for a king from him. 11 He said, “These will be the ways of the king who will reign over you: he will take your sons and appoint them to his chariots and to be his horsemen and to run before his chariots. 12 And he will appoint for himself commanders of thousands and commanders of fifties, and some to plow his ground and to reap his harvest, and to make his implements of war and the equipment of his chariots. 13 He will take your daughters to be perfumers and cooks and bakers. 14 He will take the best of your fields and vineyards and olive orchards and give them to his servants. 15 He will take the tenth of your grain and of your vineyards and give it to his officers and to his servants. 16 He will take your male servants and female servants and the best of your young men and your donkeys, and put them to his work. 17 He will take the tenth of your flocks, and you shall be his slaves. 18 And in that day you will cry out because of your king, whom you have chosen for yourselves, but the Lord will not answer you in that day.” 1 Samuel 8:10–18

Samuel is saying that a bad king is going to amass a massive army at the expense of the people and will tax them to pay for this army and the expansions of his kingdom. He will enslave the people and take their possessions for his own.

To be absolutely clear, Solomon met every description of a bad king.

1. He amassed a massive army and imported massive numbers of horses from Egypt. (1 Kings 10:28)

3. He enslaved the people to expand his kingdom and build the temple. (1 Kings 9:15)

4. One of his wives was a princess of Egypt and therefore some of his children (and heirs) where not fully Isrealite. (1 Kings 3:1)

If Samuel could have written a more apt description of Solomon when describing the atrocities of a bad king, I don’t see how. Solomon ruled more like Pharaoh than like God.

So why do we think of Solomon as such a great king? Probably because we still praise empire builders before we praise humble servants of God. After all, more cities, bigger buildings, more wealth for the ruling class, more status…aren’t those the measure of a successful ruler? I don’t know, maybe ask some of the forced labor how they felt about it.

This is why Jesus’s invitation to follow Him and His teachings are so important for us today. He offers a gentle hand and a strong reign that brings rest to our souls.

In our current cultural context, the reign of Jesus is almost always viewed negatively by those who reject him. They often point to some random (and often misunderstood) passage from the Old Testament campaign to overtake the Promised Land or some terrible “christian” leader who oppressed those they led but this is not the invitation of Jesus.

The invitation of Jesus is restorative. It is filled with purpose. It is light and easy and it brings rest, not more burdens. It makes me wonder how much of His reign involves us stopping something that is bringing exhaustion to our souls rather than some new heavy and burdensome rule.

When we celebrate the promised king, this is what we are celebrating. A king who truly makes life better. Is this the king you believe in? Does Solomon seem more enticing? How are we leading? Are we leading like Solomon where using people for our own gain is normal practice or are we mimicking the sacrificial and humble service of the Messiah King Jesus?

Jesus is offering a gentle reign. Will you give him that place in your life?