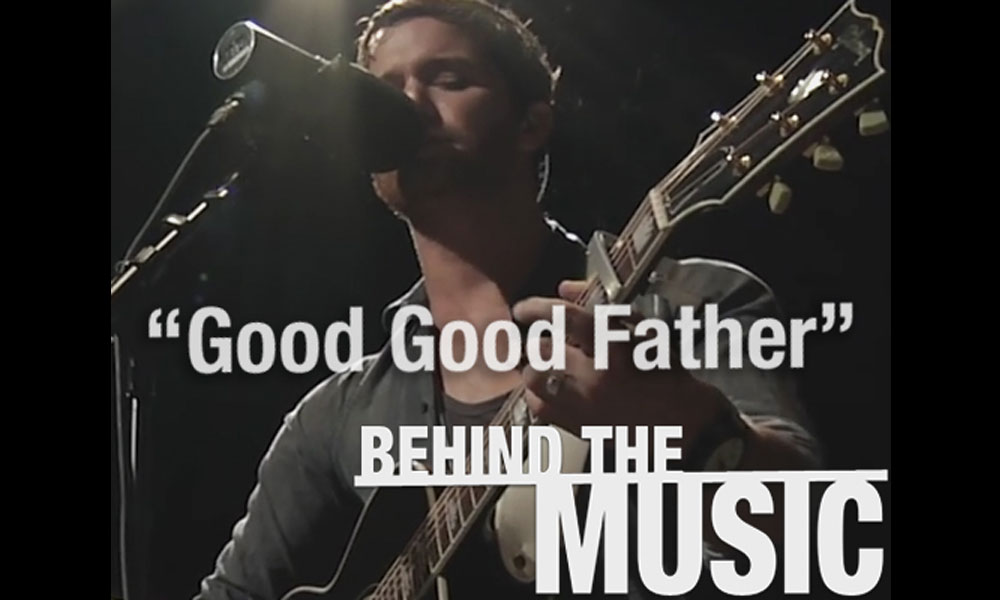 Behind the Music: Good Good Father

Today we are continuing the Behind the Music series for the song “Good Good Father” from Housefires. Last week at Journey we introduced this simple song, which just exudes authenticity and sincerity. It was not originally on the setlist, but when I heard the song earlier that week, it just seemed to be a perfect fit for the series “God is…”

During his sermon, Mark asked a question about God’s justice. He compared the event of Pastor Saeed Abedini’s release from Iranian prison to the bombing of a coffee shop, which took the life of an American missionary. Obviously it is rather easy to see God’s justice in one and hard to see it in the other. The truth is though even in the lowest of lows, the hardest of trials, events where evil men do horrendous things, God is still good.

This song was written by Pat Barrett and Tony Brown of Housefires. Tony grew up without a father figure in his life. In an interview with him, he said that, “the only person in my life who I called father was God.” And then he went on to say, “I know saying ‘good good’ isn’t grammatically correct, but it wasn’t enough just to say it once.” I love that quote. Tony growing up without a dad and knowing only his true Father in heaven realizes not only is God a good father, but the Good Good Father.

The song’s verses go a long way to describing what Pat Barrett says is a process of unlearning what the world tells you what God is like and discovering who He really through God, himself. “Oh I’ve heard a thousand stories of what they think you’re like, but I’ve heard the tender whisper of love in the dead of night.” This reminds me of when God speaks in a “gentle whisper” to Elijah in 1 Kings:

Not only is this song a good reminder of who God is, but it reminds of us of who we are as well. It reminds us that we are never alone, we are loved by him, and most importantly God is perfect in all of his ways TO US. Some may think God was good in one situation and bad in another, but frankly he was good in both, it’s us and our viewpoint that changes, not God.

Oh, I’ve heard a thousand stories of what they think you’re like
But I’ve heard the tender whisper of love in the dead of night
And you tell me that you’re pleased
And that I’m never alone

Oh, and I’ve seen many searching for answers far and wide
But I know we’re all searching
For answers only you provide
Cause you know just what we need
Before we say a word

As you call me deeper still [x3] Into love, love, love